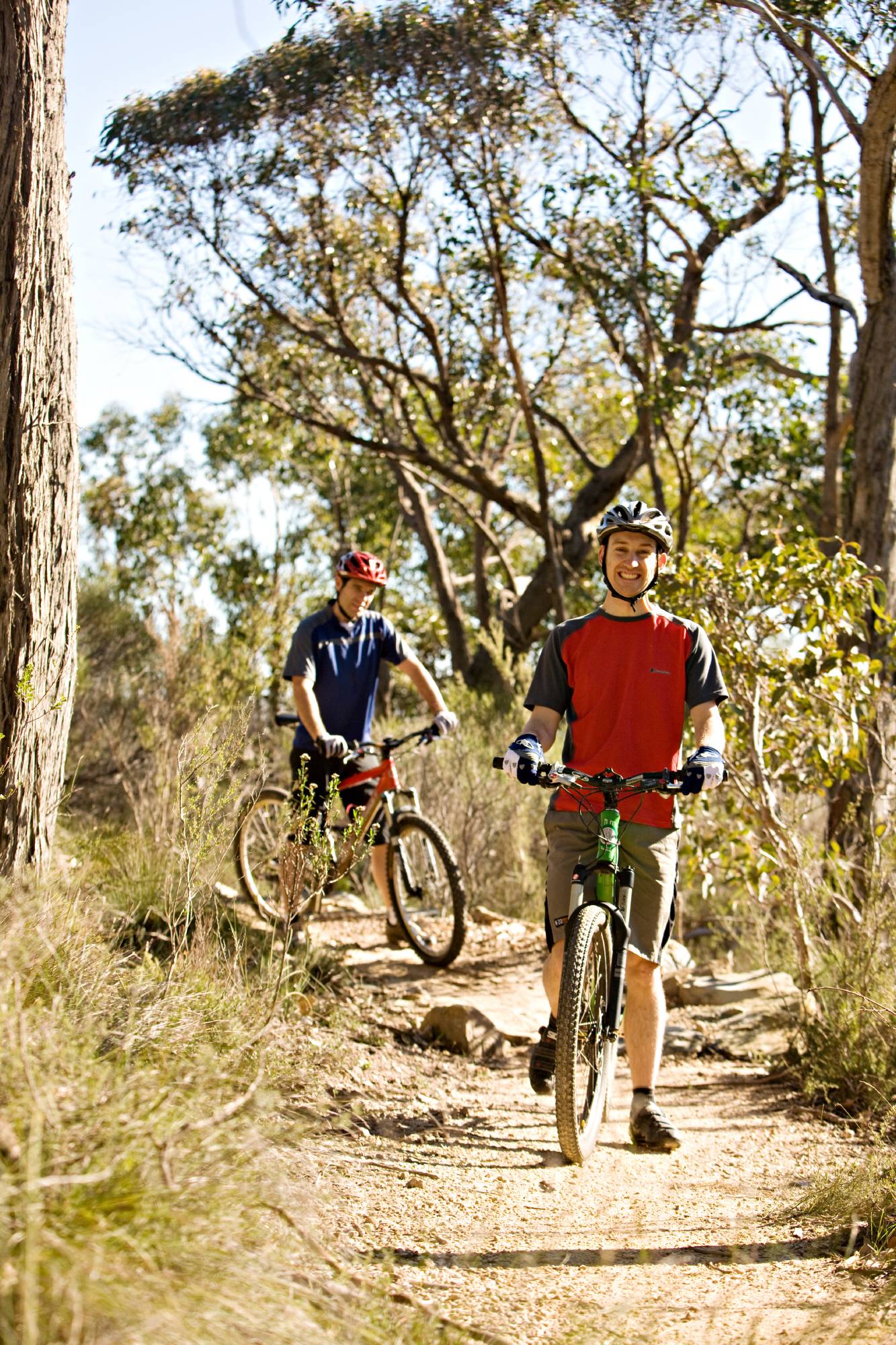 Pete’s National Park City icon is his latest in a series of bike-riding artwork, including a koala, potoroo, rabbit, fox and plesiosaur,created with the Strava app.

Pete said that he likes to create animal Strava artwork the most.

“They always get a lot of enjoyment from my viewership. You can show a lot of movement in them, and that’s the skill in doing this stuff… getting these pictures from being a 2D trace around the city, to being something that really has life in it,” Pete said.

“When I see the reactions to my pictures, that’s where I get a sense of fun from it. I like making people laugh.”

Pete added that Adelaide is a really nice place to get around on foot or on your bike.

“You’re absolutely not constrained to being in a car in this city. It’s so flat, it’s easy to pedal from one side to the other.”

“Cycling and being active in green space is one of the best things that you can do for your mental health. It’s a great way to reset yourself after a long day,” he said.

What is Strava art?

Strava art is made using GPS to create a picture of your exercise whether it's cycling, running, swimming, walking or hiking. Your activity is then synced with strava.com to reveal your artwork. It has become a global craze.

Wanna make your own? Plan out your picture, have a good GPS signal and head to the Strava art website.

What is a National Park City?

It’s a movement to improve Adelaide’s liveability through a better connection between people and nature.

Imagine an Adelaide where nature is part of your life – a greener, healthier and wilder life.

Pete’s Strava artwork is one of the many actions locally supporting Adelaide’s push to become a National Park City. Do you have a storyto share? We’d love to hear it.

Join the Adelaide National Park City movement. Starting is as easy as pledging your support.

This story was originally published by Green Adelaide.